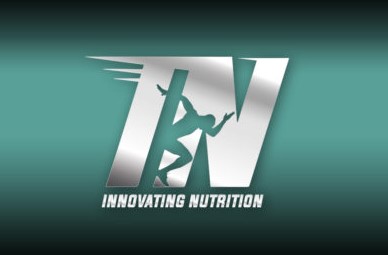 Aerobic exercise has been proven through various research that it can contribute no
only to weight loss but also to boosting metabolism, reducing fat, improving the cardio-respiratory system and increasing aerobic resistance. The most popular protocols are high-intensity interdental aerobic exercise and continuous aerobic exercise. High intensity exercise (over 80-85% of maximum power) can only be done for a few minutes. For this reason, it is proposed in practice to be a high-level dissolution exercise. HIIT (high intensity interval training) involves repetitive exercise at high intensity for 30 seconds to several minutes, separated by 1-5 minutes of recovery. Continuous aerobic exercise can take from 10 to 20 minutes to 2 hours even more with alternating tensions but without interruptions.

The beneficial effects of an aerobic exercise have been altered and misinterpreted by social media, magazines and other means of communication and information exist. The reason is that exhaustive exercise programs appear everywhere with some of them being high in intensity, some longer in duration and some combination of both. This may involve many risks for the trainee for several reasons such as:

1. Loss of muscle mass as it has been scientifically shown to reduce more through a long duration of continuous aerobic exercise.

2. Metamidine as no enhancement of metabolism through continuous aerobic exercise.

4. High fatigue rates with parameters such as dizziness, loss of consciousness and falls (this is true of both types of aerobic exercise).

5. Increase in the risk of injury particularly in the lower extremities of the body as there is insufficient time to rehabilitate the trainee (this is true of both types of aerobic exercise).

Since both exercise protocols have been shown to be useful for weight loss, the decision on exercise intensity should be individualized and based on results other than fat or weight loss. In this respect, there are pros and cons for prescribing high intensity aerobic exercise to obese people. Among the arguments in favor, it is the proof that, in several studies, high intensity training seems to cause superior improvements in aerobic capacity. Among the opposing arguments for prescribing high intensity exercise is the evidence that prescribing exercise of higher intensity reduces attachment and leads to the completion of lesser exercise. Thus, a successful exercise program with moderate intensity and low perception should be proposed, because obese people who have low self-esteem, poor mood and not familiar with high-intensity workouts could easily leave the program.

A 2008 study compared the effect of HIIT on steady state exercise on a group of young healthy women with a BMI of 23.2 ± 2.0 kg / m2 and showed that HIIT exercise caused a significant reduction in total body mass, fat mass and fat around the trunk while exercise at steady state had no noticeable effect [Trapp 2008]. In another survey in 2009, he examined the effects of moderate or high intensity exercise on the variables associated with cardiovascular function and prognosis in 32 patients with metabolic syndrome, the two exercise programs were equally effective in lowering mean blood pressure and reduction in fat and body weight (-2.3 and -3.6 kg in high intensity exercise and moderate intensity exercise, respectively) [Tjønna 2009].

Based on the above elements, the correct choice of aerobic exercise does not vary only in which protocol is appropriate, but also at what intensity each protocol will use. A correct approach in case we have a new trainee is to start the internal exercise program with moderate intensity (50% of the maximum aerobic capacity) and increase the exercise intensity of every six training sessions by 5%. Up to 65% of the maximum capacity. After training of at least three months, when patients have greatly improved their aerobic ability and skills, in selected and motivated cases, it is preferable to introduce brief repetitions of continuing training at sub-maximal intensity monitored and supervised by a trainer or fitness coach.

The Benefits of Sprinting

Exercise and the relationship with mental health and psychological well-being